The Davao City Water District (DCWD) and the Newton Prize-winning NexCities Project Team were honored along with 17 other ‘New Water Champions’ during the World Water Day Awards  held last March 22.

The awards were presented during a virtual ceremony after a weeklong observance of World Water Day carrying the theme “Valuing Water”. The annual event was organized by the National Water Resources Board and Maynilad in collaboration with other water agencies and companies including Aboitiz InfraCapital and its water business units, Apo Agua Infrastructura, Inc. (Apo Agua) and Lima Water Corporation (LWC).

Apo Agua conferred the ‘Kavontog do’t Aweg’ (Obu-Manuvu term for Hero of the Water) Award to DCWD’s Adopt-a-Site Project for its role in ensuring the protection and conservation of the Tipolog-Tamugan Watershed – Davao City’s next water source.

“The ‘Kavontog do’t Aweg’ Award recognizes and celebrates outstanding individuals and organizations that advocate for protecting and preserving the environment. We wanted to acknowledge the Adopt-a-Site Project of DCWD because much like Apo Agua and the Davao City Bulk Water Supply Project (DCBWSP), it proactively looks and takes action for sustainable solutions to environmental problems, so that Davao City may continue to grow and thrive for generations to come,” shared Shake A. Tuason, Apo Agua Operations Head.

The Adopt-a-Site Project is an intensified and multi-sectoral move for the rehabilitation of Mt. Talomo-Lipadas, Malagos and Mt. Tipolog-Tamugan watersheds in Davao City. The project enables various sectors to donate a counterpart share to plant and maintain trees and other rehabilitation activities for a minimum period of five years.

DCWD General Manager Engr. Edwin Regalado gratefully accepted the award. “On behalf of Davao City Water District Board of Directors and Management it is with great honor to accept the ‘Kavontog do’t Aweg’ or Hero of the Water Award. Thank you for recognizing DCWD as an advocate for watershed protection and water resource sustainability. We  are equally honored and humbled by this recognition, we will continue with our commitment to protect Davao City’s watersheds to continuously provide for the water needs of Davaoeños.”

Meanwhile, Lima Water Corporation conferred the ‘Agos ng Pag-asa’ Award to the NexCities Project which builds on the 2019 Newton Prize-winning research on converting human wastewater into nutrient-rich fertilizer. The study was conducted by researchers from the University of Surrey in the UK and De La Salle University (DLSU) in the Philippines.

The NexCities Project primarily aims to demonstrate how fertilizer can be produced from septic tank wastewater and be  used in agriculture. The project is in collaboration with the Salikneta Farm of the De La Salle Araneta University and the Society for the Conservation of Philippine Wetlands, Inc.

“The ‘Agos ng Pag-asa’ Award seeks to honor individuals and organizations with outstanding contribution to  environmental protection while embodying the ‘BetterWorld’ mindset of the Aboitiz Group. We recognize the NexCities Project’s research on converting sewage water into fertilizer as it will go a long way in revitalizing the local agricultural sector and minimizing pollution at the same time,” said Hazele Manalo, Assistant Vice President and General Manager of LWC.

The NexCities team is currently working on testing the research outcomes by installing a full-scale fertilizer production plant and monitoring its impact on agricultural output. This can lead to improving food security through large-scale application of waste-recovered fertilizer in farming and in strengthening resilience of growing cities in the Philippines, thus contributing to the United Nations Sustainable Development Goals such as SDG no. 2 (Zero Hunger).

“On behalf of our team, I would like to thank Lima Water Corporation for this recognition given to our project, which seeks to recover nutrients from wastewater and turn it into fertilizer. To be sharing this virtual stage with other awardees who are doing their own projects is an honor,” said Dr. Michael Promentilla of DLSU, Principal Investigator of NexCities, during his acceptance speech.

In partnership with DCWD, Apo Agua is currently building one of the country’s largest private bulk water supply facilities that can supply 300 million liters of safe and sustainable water daily to over 1 million Davaoeños. LWC is the water and wastewater services provider for Lima Technology Center in Batangas, one of the country’s largest industrial parks and home to some of the biggest multinational manufacturers in the world. Ensuring quality and efficient water distribution to industrial locators To ensure that industrial locators within LIMA Estate will continue to enjoy a reliable and sustainable water supply for years to come, Aboitiz InfraCapital subsidiary Lima Water Corporation (LWC) is... The laboratory services unit of Lima Water Corporation (LWC) was recently accredited as an environmental testing laboratory of the Department of Environment and Natural Resources (DENR), affirming LWC’s commitment to outstanding water quality testing standards in its Batangas facility.... Aboitiz InfraCapital (AIC) is optimistic about the opportunities the water space has to offer. Apo Agua President Roman V. Azanza III says the company is beefing up its water portfolio in the next few years and will continue to... 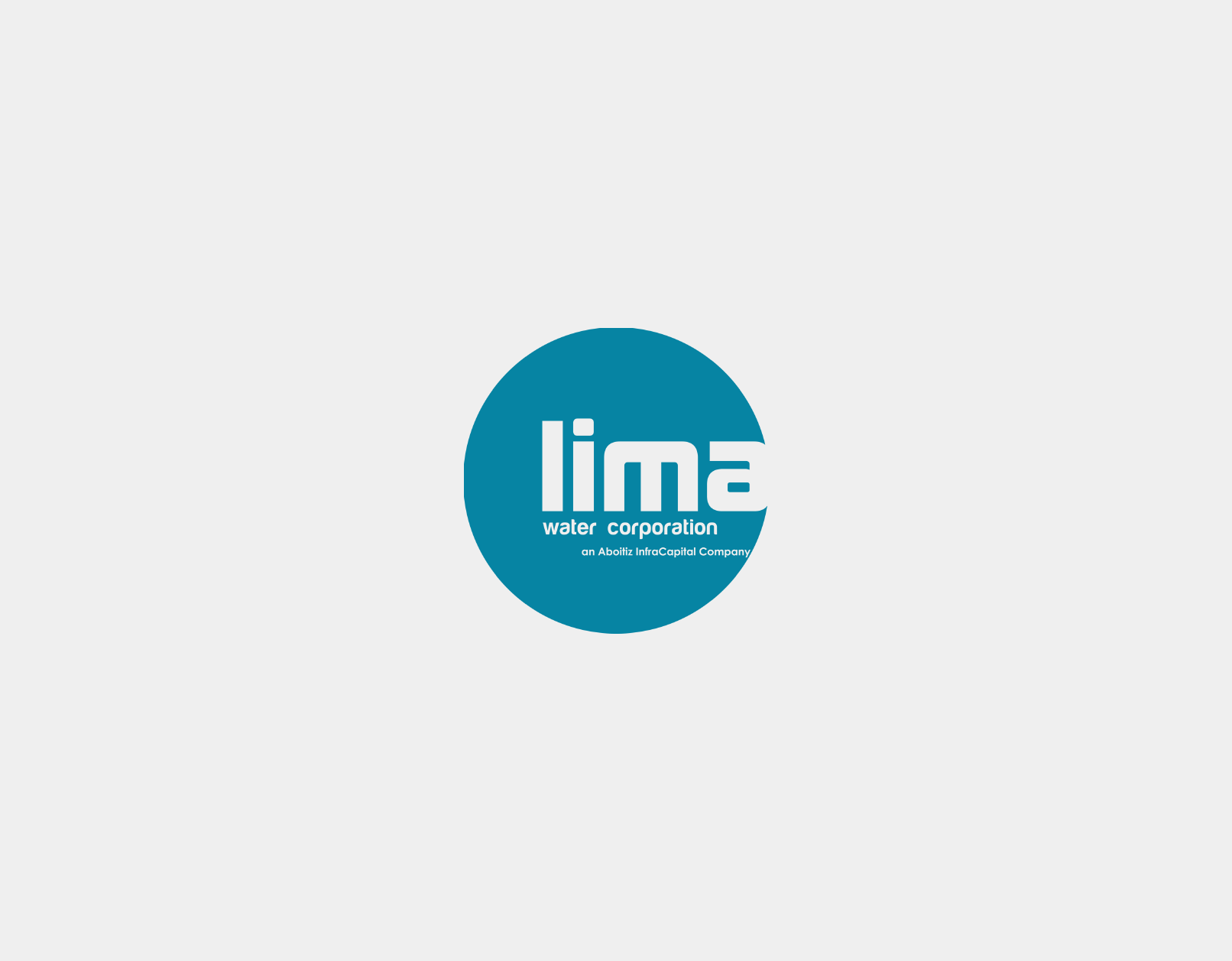 The Aboitiz Group has consolidated all its water investments under its infrastructure unit Aboitiz InfraCapital, Inc., (AIC). The group recently announced AIC’s acquisition of LiMA Water Corporation (LWC) in Batangas, and it took a minority stake in Balibago Waterworks...